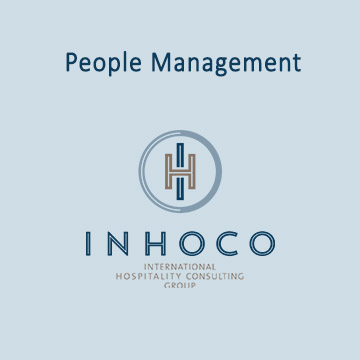 “Prepare like you would for war, so you don’t have to do battle with your customers or team”

In the words often and variously attributed to George Orwell, and famously paraphrased by Sir Winston Churchill; ‘We sleep safely in our beds because rough men stand ready in the night to visit violence on those who would do us harm.’, we see the essence of the spirit of combat soldiers.

As a former soldier myself, I’d like to look at the ways in which the essence of military training which makes soldiers ‘stand ready’ is applicable to so many other industries as an example of leadership and people management best practice.

Apt perhaps that in days of ever increasing social concern about personal privacy that I am starting this article with a quote often attributed to the author of 1984 – the popular novel which was prescient in its examination of the polemic monitoring of a fictional society.

Today we live in a society where information is king, but privacy is increasingly hard to assure. The modern hospitality industry faces challenges as it seeks to serve guests in an ever more smooth and unfettered manner, whilst integrating the technological innovations to match the demands of a modern consumer.

Hospitality in all its forms remains a unique industry in many ways in that whatever the advancement of technology, at its core, it remains a people focused industry. Furthermore, to justify the context of the opening quote – it is centred on the notion of ensuring guests do actually ‘sleep safely in their beds’.

Now whilst we would hope that a hotelier does not need to be a ‘rough man’ (or woman), there are many parallels with the way in which soldiers train for the hopefully unlikely event of combat, with the way that hoteliers should go about their business to ensure that guest comfort and safety are paramount, and the training takes over in the heat of the moment.

One of the core lessons of military training is the learning of the Principles of War. Variously attributed over the eras to the learnings of Sun Tsu, Clausewitz and Napoleon Bonaparte (among others), these now commonly encompass:

Selection and Maintenance of the Aim

As a set of guiding principles these have served many a soldier well in the most extreme of circumstances, and make a solid foundation as general principles of people management. Particularly this is true in a service industry such as hospitality, but the application of these principles across other industries can be well documented, in the frequent examples of militarily experienced leaders translating that experience to corporate leadership.

Military teaching, certainly in the UK, and widely across its allies also teaches a principle of ‘mission command’. Put simply this is management by empowerment and relates to the first principle above – if the aim is clear and well communicated, then team members should both understand and feel freedom to take affirmative action. However, the principles serve to underline that alongside this cooperation and flexibility are key. Just like the practice in civilian applications, the issuance of guiding principles is insufficient in itself in the military, and there are many layers of doctrine that serve to reinforce one another. Some of these are written, but many are trained in.

The key tenet of train hard, fight easy is true of every management function. No matter how good the training doctrine – the number of times you practice is crucial to ensure understanding through all levels of the hierarchy. We can see this frequently implemented in the way that modern hospitality organisations seek to constantly improve service and it is especially important in multi-national and multi-lingual teams to avoid the potential for error at the crucial service delivery point. Economy of effort and sustainability serve to remind us that a good team knows just when to act and how much to do, but is also fresh and well rested – something all too easy for some managers to forget in the endless pursuit of targets.

It is also a key factor for successful maintenance of morale that work is enjoyable, but also that managers are seen as accountable and prepared to do everything they ask of their teams. A sure recipe for swift failure is the absentee and authoritarian manager. As one leading CEO puts it in the UAE hospitality industry, successful management is not down to MBAs, but down to MBWA – Management by Walking About (and getting stuck in). This ensures that successful teams are able to provide both security and surprise.

Physical security is obviously important to modern hotel guests in an ever increasingly insecure and unsure world and this is one element that can be ensured by qualitative assessments such as the Safehotels audits. Surprise is two-fold; keeping teams on their toes by random drop-ins to keep standards high, without being overbearing or detached, but also being on top of things to the extent of being able to surprise and delight guests with anticipation of their needs before they even know them.

One tenet of another layer of military doctrine – battle procedure, is anticipation at all levels. As well as implementing a culture of empowered staff through qualified and clear communication, training helps, but nothing beats common sense. A strong dose of common sense can often serve to anticipate disaster or crisis, or the next guest request. Obviously key to this is guest interaction and this is where the manager must remind staff that humans are the most important factor in people management – not computers, for fear of the risk of turning into the shocking societal parody set out in Orwell’s 1984.

It all ties together with correct allocation of resources, of both time and manpower and a correct mix of training and practical application. Perhaps one of the hardest metrics to achieve in an increasingly competitive commercial world where one is constantly pressured never to fail and constantly under pressure to achieve more with less.

Perhaps key then is to remember, and remind teams that being human is important – the ability to fail and improve, and in a service industry to ensure that guests are aware of one’s fallibility. After all, this is not a matter of life and death, unlike battle, and often common sense and acknowledgement of one’s failings (provided they are not grave), will do a lot to maximise impact upon guest retention and repeat business. In the end people buy people, and ultimately we are not perfect but we can train to constantly improve.